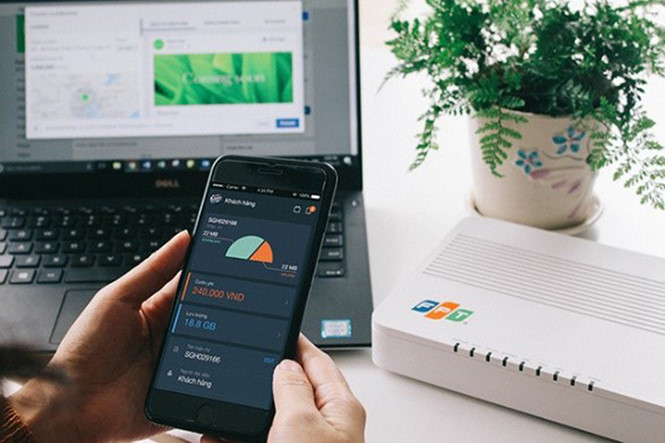 Strong signals when in simultaneous connection to multiple devices

We can imagine every wifi band as a “city” with many roads. At the intersection of  these roads, congestion will happen at three-way or four-way intersections. Following this mechanism, 2.4GHz band can be considered to be the most populated “city” today. Up to now, almost all households have 2.4GHz wifi transmitters as these devices are giveaways from ISP when installing copper cable or fiber-optic internet transmission, not mentioning other electric devices also have the same band such as speakers, amplifiers, microwaves, etc.

As a result, the 2.4GHz band “city” only has 3 channels, corresponding to 3 roads: Number 1, 6 and 11 - these non-overlapping roads allow stable wifi connection for devices.

Channels of 2.4GHz and only 3 channels are usable.
With the current city infrastructure of closely packed houses and apartment buildings, the same channel signal transmitted from lots of internet modems of “neighbors” will cause “same-channel interference” signal, affecting connection between devices at your house.

Wifi interference will get worse if connection devices are placed far from wifi transmitters. This problem will be solved once 5GHz band is additionally integrated into the old 2.4GHz band. “The new city” has 25 usable roads for wifi transmission, meaning 8 times more compared to “the old city”. 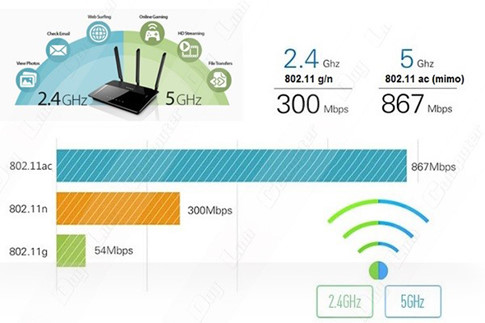 The theoretical speed may reach 6.77Gbps at 5Ghz band when using 8x8 Antenna, which is 11.5 times faster compared to the old 802.11n standard (2.4GHz band).
Furthermore, the technology of new 802.11ac standard will enable your modem to transmit channels with width up to 80Mhz and 160Mhz, which are likened to road width, increasing data transmission speed between modems and endpoint devices supported with this standard such as Apple: from iPhone 6s, iPad Air 2 or higher, Samsung: Galaxy S7, Note 5 or higher, etc. This explains why dual band wifi routers have gained so much attention and preference from users nowadays.

Speed is also considered a strength of dual band since it can be up to 867Mbps at 5Ghz band in a channel width of 80Mhz, 3 times faster compared to the old wifi standard of the same 2x2 Antenna.

What are customers saying about FPT dual band wifi modems?

In the beginning of November, FPT Telecom marketed a brand new and intriguing device for users: AC Wave 2 MU-MIMO standard dual band wifi modem. One of the first buyers of this device, Vo Loc (Ba Dinh, Hanoi) said: “This dual band wifi router transmits both 2.4 GHz band and 5GHz band, which is one of ultimate solutions. Now FPT has provided a new device integrated with internet modems so I immediately change the router without any hesitation. The new standard running at 5Ghz band is supported by today smartphones; hence, this is also a way to save and leverage the maximum capacity of the device”.

Another thing that Loc said he really enjoyed was the fact that FPT’s provision of this new device will bring assurance and moneyworth investment for customers as they will fully utilize the capacity of high-speed internet packages from now on.

Regarding noting points about dual band wifi routers, FPT said there were many lines of products with different quality on the market. The “shared purchase” also offers many benefits in terms of installation, guarantee and maintenance policies for customers’ connection. Moreover, dual band wifi modems can only truly show their strength when paired with high-speed internet packages.