Today when television has become a popular audio and visual medium for all families, it is common that parents usually neglect their children with the television when they are busy. But even so, they still want to know how to control which their children watch on television.

Mr. Vo Duc Tai and his wife, residing at Nguyen Van Linh, Nguyen Trai Ward, Kon Tum City both have jobs as office administrators, so every day they only have time to take care for their 6-year-old daughter after finishing working hours at the office. However, when they come home, they have to spend too much time on cooking, cleaning the house, and doing the laundry, etc. which make them have to let the kid become friends with the television in the house. 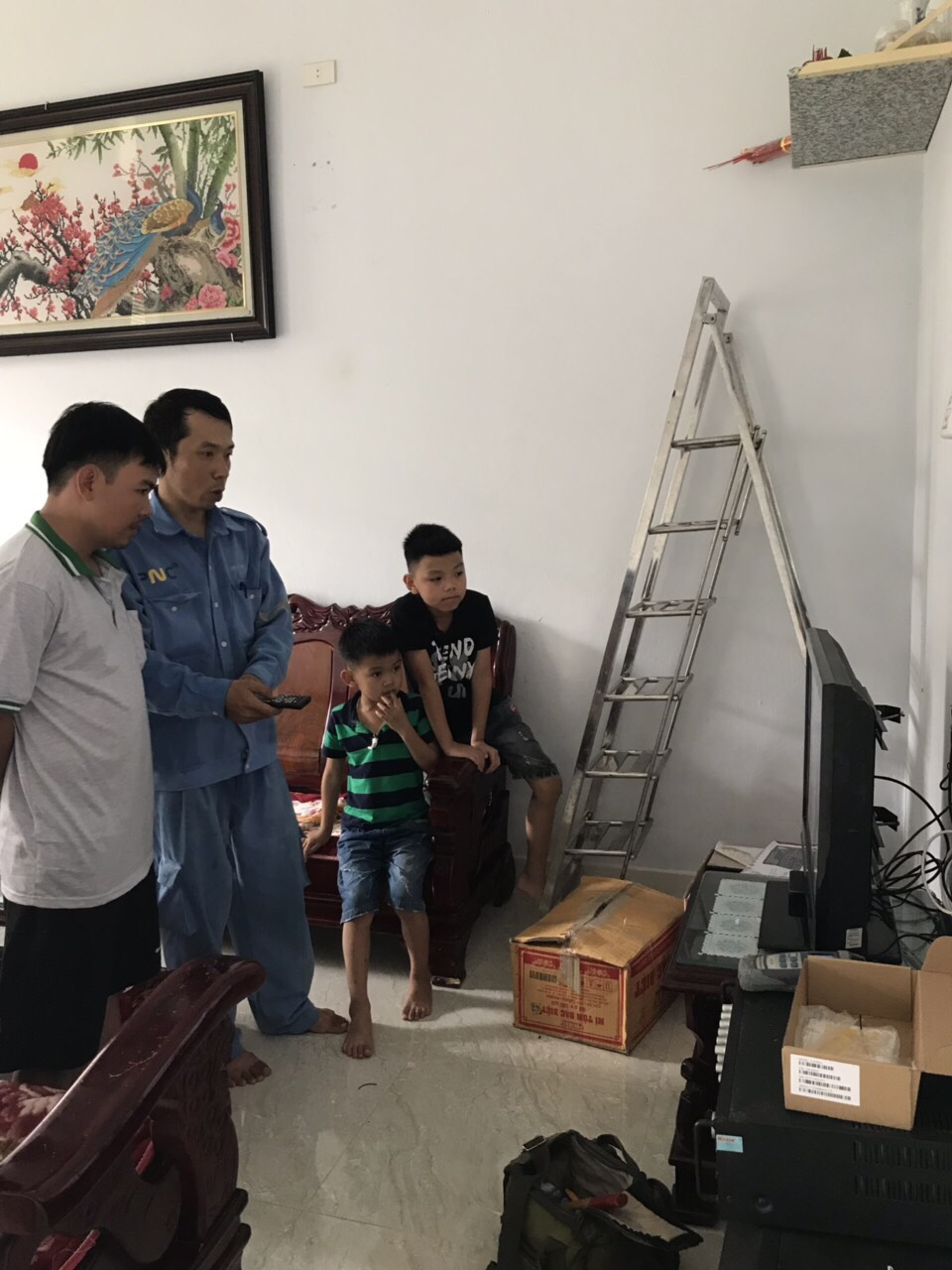 FPT Telecom’s technician instructs customers how to monitor the content their children watched on TV
According to the research, there is not only the case of Mr. Tai's family but there are also many other families who chose to do the same for their children, because they thought that this could limit children's mischief. However, the problem is that customers do not want to let their children watch any content on television, especially bad content that affects their thinking and psychology. Moreover, when most families are no longer interested in traditional television, instead, they use Internet TV because of the benefits and diversity the Internet brings.

So how to monitor children with these content is not only the question for the parents but also the responsibility of Internet TV platform developers. According to the current survey of Internet TV service providers in Vietnam, only FPT Television provides Child Monitoring feature on their devices.

This feature allows users to set up and manage content applications with a password (lock code), so in order to be able to access these content, you need to have a password. This utility also allows parents to set the time frame and control how much time and which content their children are allowed to watch on TV. After hearing these sharing from his colleagues, Mr. Tai quickly called to ask about the installation of FPT Internet and Television immediately to experience. Mr. Tai shared: “Thanks to FPT, I could control what my children see on TV even when I am not around. The installation is quite simple and easy to use, which is what I really like about FPT Television when the house has small children”.

Talking more about the service quality of FPT Telecom, Mr. Tai and many customers who have used the product shared, the programs on FPT TV are quite useful such as sports and big tournaments, and movies, etc. Especially, with FPT Television, viewers also have the opportunity to receive cash prizes of up to tens of millions of VND through live interactive gameshows.

Recently in Hanoi, there was a 9th grader winning many awards from Open the Safe - a quiz program with many useful contents of FTP Television. In Kon Tum, there was also a customer named Cao Thi Thu Hong, residing in Nguyen Van Linh Craft Village, Nguyen Trai Ward, Kon Tum City, winning a Piagio Medley in the program “Watch Serie A, Bring Piaggio Medley scooter and 50-inch TV home” of FPT Television.
Not only impressed by the smart platform design and useful content, the service quality of FPT is also receiving positive evaluations. For the customers of FPT network, the images of business staff and technicians, working and supporting customers in the evenings, even fixing the TV and repairing the speakers when customers need are not too special, showing that FPT Telecom is not only responsible for its products but is also ready to bring more value to the customers.