FPT: "We used to go when there was no road, but we would arrive".

Today (September 12), FPT officially launched a series of inspirational pioneering activities to celebrate the 30th anniversary of establishment, to look back on achievements, and to launch new solutions for the enterprise in the Industry 4.0 era. 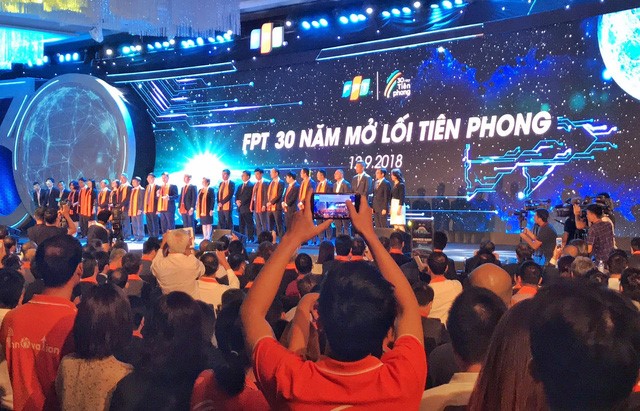 As one of the series of events celebrating the 30th anniversary of establishment, FPT Techday 2018 is officially opened today (September 12) in Hanoi. This annual event since 2013 is considered the biggest technology festival, with the emergence of leading technologies such as virtual reality, artificial intelligence and big data. Attendees not only watch, listen, but also experience it directly.

In the speech on opening day of Techday event, Mr. Bui Quang Ngoc - General Director of FPT Corporation sent greetings to the guests, thanks to the Government, partners and customers for their trusts and supports for FPT. 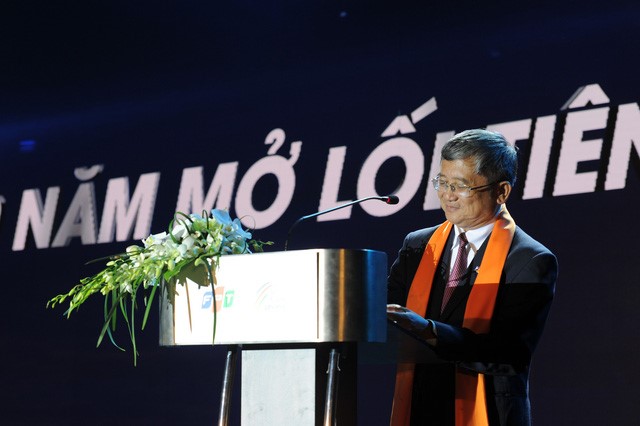 Mr. Bui Quang Ngoc - General Director of FPT Corporation, spoke at the opening ceremony of Techday 2018.
Mr. Ngoc is proud of FPT as a leader in technology and creating the Internet in Vietnam. FPT contributes to making Vietnam become one of the countries with advanced technology infrastructure and pioneers to bring Vietnamese intelligence to the world. FPT also pioneered in education innovation by training more than 70,000 students and technology programmers, etc. At the event, FPT was also honored to receive the Government's Emulation Flag for its contributions in building and renewing the country.

Attending the anniversary of FPT, Mr. Nguyen Manh Hung - Acting Minister of Information and Communications affirmed that FPT's 30 years of renovation are also the country's 30 years of renovation. "FPT has gone through a 30-year journey and many people may say it is a short way. It may be true to human, but for a business, it is not." Mr. Hung said. "FPT 30 years ago had nothing but a dream, that dream remained unchanged until today. So the question is what FPT will do in the next 10 years to serve the country, to contribute to the national prosperity, and to make Vietnam a developed country”. 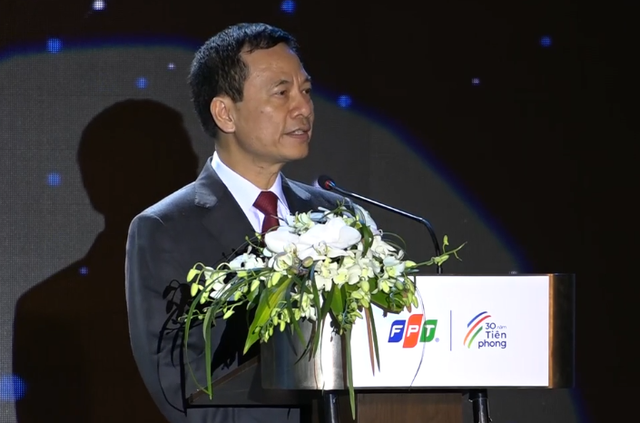 Acting Minister of Information and Communications and Member of Central Committee of the Communist Party of Vietnam congratulated on the 30-year journey of FPT.
FPT Chairman Truong Gia Binh and General Director Bui Quang Ngoc appeared in turn with inspirational sharing: "We used to go when there was no road, but we just kept going and we would arrive".

FPT.AI is a solution that FPT specially focused and invested during the past 5 years. After 1 year of launching, FPT.AI has got many remarkable achievements, such as reaching 7.5 million requests, more than 2000 hours of voice usage, and being applied on over 1000 chatbots.

Unlike the above two solutions, the Voice Remote is targeted to the entertainment field, when it is integrated into the FPT Play Box Internet TV device. Products are applied smart technology developed by FPT and can recognize both English and Vietnamese through Bluetooth 4.0 connectivity, helping users to control devices more easily through voice commands. 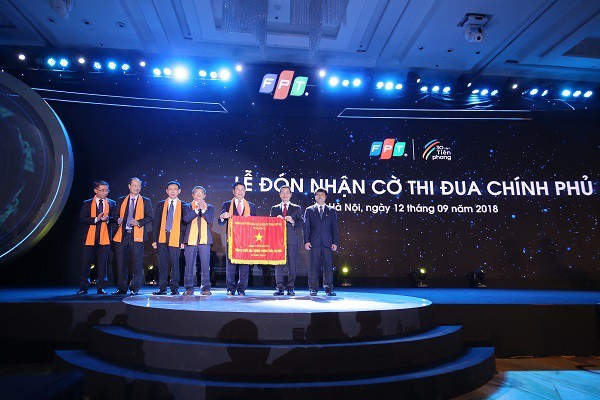 FPT received Emulation Flag from the Government for its contributions in the past 30 years.
During its 30 years of establishment, FPT has constantly been the pioneer in the IT-Telecom field, marking its name through Vietnamese brand software systems, and contributing to modernization of the nation’s backbone fields. Now in the 4.0 era, FPT is expected to continue promoting pioneering values, creating the most advanced digital technology platforms of the digital era, and bringing Vietnam's position and influence to other countries of the world in the "century race".