The success of 14 shows of Music Home first season broadcast on FPT Television has proved one thing, with technology nothing is impossible.

Without leaving the house, the audience will be able to enjoy a live concert with live sound quality just like sitting at the theater with just an internet-connected TV, or on Facebook via laptop, smartphone or tablet.

Thanks to technological advantages, the series of Music Home livetream programs from the studio to the living room of every house via the Internet has started a new trend of enjoyment for music fans. 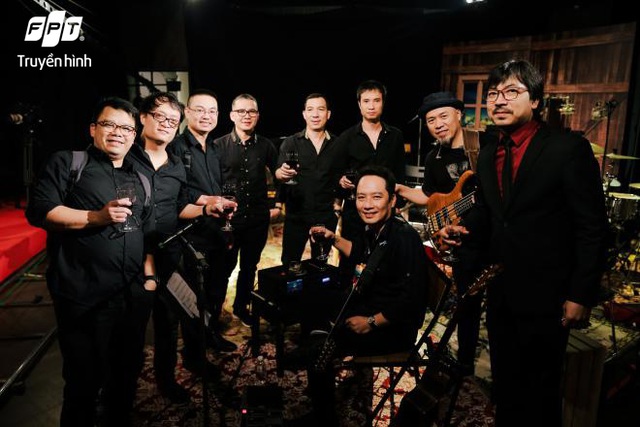 The Brothers band guaranteed the music quality of Music Home.
In a cozy, family-friendly studio space, thanks to the large bandwidth line, all of Music Home's live music is delivered honestly to each family like in the studio.

Thus, viewers can enjoy directly via TV or on smart mobile devices. But the difference is that the sound quality as well as images are guaranteed to meet the most honest and superior standards.

In the "living room" of Music Home, the Brothers band will play live and the singer will also have to sing live. This sets the standard for talented singers who must have the capability of singing live. 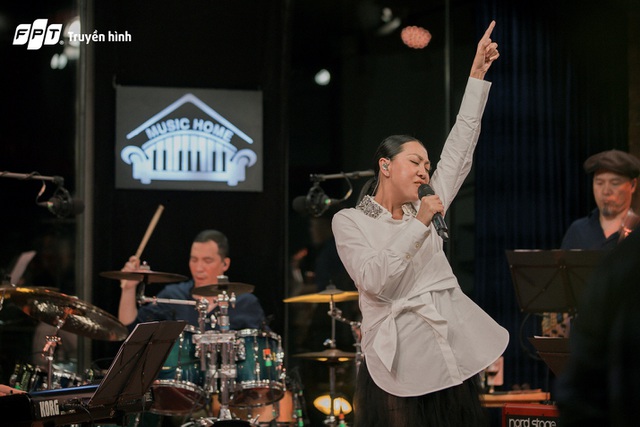 Nguyen Thao had an impressive comeback in the Music Hom’se living room. (Photo: FPT Television)
It must be emphasized that this is an opportunity for millions of home viewers to enjoy the A-list artists who usually only perform in commercial shows at limited-seat theaters with high ticket price.

Specifically, on the last Friday of every month, Music Home will introduce a music portrait (singer/songwriter/band) who is famous, talented, powerful and especially able to sing live perfectly. The songs that made the names of the guests will be completely new when performed live with the Brothers band and the direction of talented music producers such as Anh Quan, Huy Tuan, Hong Kien, and Tuan Nam, etc.

Soobin Hoang Son showed maturity when performing live with the Brothers band.
In the 4.0 era, in the field of music, the mode of enjoyment also changed dramatically. From listening to music in physical recording formats (such as CDs, cassettes, vinyls), people now mostly listen to music online in digital format. On that basis, the form of live broadcast or livestream has been tested and succeeded by many artists and music festivals around the world. The perfect "handshake" between the Brothers band and producer FPT Television promises to create a new trend of enjoyment for music-loving audiences, while also fill the gaps and limitations of the current performance organizing market.

Musician Huy Tuan explained: “Currently in Vietnam, actually the signal line and television infrastructure have not been able to bring standard sound quality for live programs. Unfortunately, in a lot of programs, the artists play very well and the singers are great, but the TV audience can only feel 1 out of 10”.

With the application of modern technology and adhering to the strict criteria of the arts, after a season on FPT Television, Music Home has been nominated for the "Series of the Year" - The Dedication Music Awards organized by Sports and Culture, a prestigious entertaining newspaper in Vietnam. This recognition became a great encouragement from the public for the entire production team.

With this approach, Music Home became the first "Internet theater" model with a capacity of millions of people in Vietnam. Regardign concept, Music Home is more or less reminiscent of the MTV Unplugged series or the Live At BBC series, with artists/bands playing live in the studio or on the small stage.Ss rving primarily for home viewers, the quality of the music delivered over the internet is as vivid as a CD, which is never possible with traditional TV. 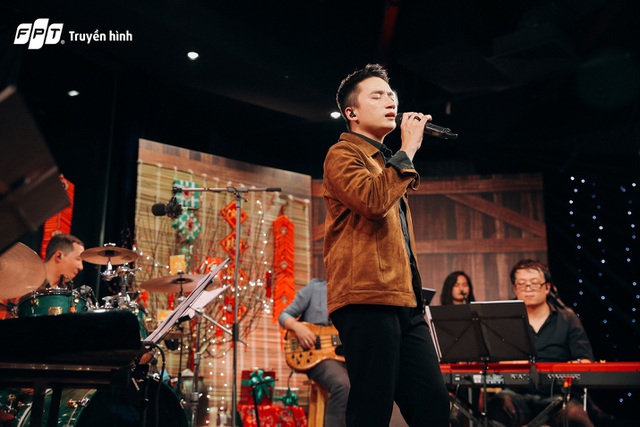 Music Home introduced new music portraits or Internet phenomena like Phan Manh Quynh
In addition, Music Home also shows the clear advantage of interactive television such as checking instant feedback of viewers from social networking platforms, not to mention multi-cam function that allows active angle selection so as not to miss any details that take place in the auditorium. This trend is becoming popular in the world and has been effectively applied by FPT Television to Music Home to further enrich the audience’s experience. Another important factor that audiences get from Music Home is the true feelings, through the music, through the friendly sharing between the artists and host Dinh Tien Dung.

Singer Trong Tan, who appeared in the first season, also confided, "The first time I performed at "Music Home" was the first time I had to imagine that the audience was with me. In front of hundreds and thousands of people with very different emotions, the artists really need the emotions directly from the audience to perform. I hope with the development of the technology, artists performing at the "theater" "Music Home” will be able to see the audience watching, so that the artist will have a real feeling”.

"Imagine when you hold a concert in the theater, you will have a limited number of viewers. But when you go live broadcast, the number of audience will be unlimited. With just an Internet connection, everyone can watch the program. And especially for the first time in Vietnam, a music program is applied with an interactive television technology with Multi-cam feature. Selecting the camera angle when watching the live show and experiencing the true music space like being present at the theater through Music Home, FPT Television hopes to bring music lovers fresh breeze to enjoy music space with high art-quality. The application of interactive television technology in accordance with the trend of the world being successfully developed by FPT Television promises to bring the audience the best experience”, emphasized Ms. To Nam Phuong - Director of FPT Television. 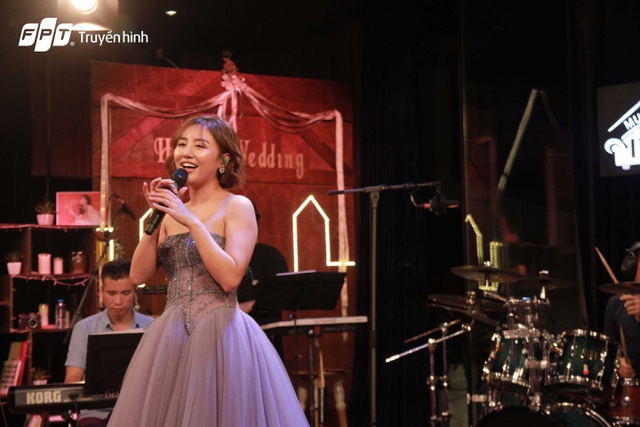 Van Mai Huong is the singer with the highest views in the first season.
Also according to Mr. Huy Tuan, the return of Music Home Season 2 will be more different with the story of the artist couple in a more living-room space, not only music but also decorated with contemporary paintings.

Obviously, the road of pioneering always faces difficulties. The quality of "Music Home" is guaranteed by a leading team in Vietnam today with musician Huy Tuan and the Brothers band. The appearance of "Music Home" confirms the changing trend in the audiovisual habits of the audience, contributing to improving the aesthetic of Vietnamese music. And maybe, it's an inspiration for artists to create other music spaces that are interesting in the future.

Music Home will be broadcast live on the FPT Television system at the Events application. In order to watch the program, the audience can follow the following instructions: